Hluhluwe Game Reserve is set in the heart of Zululand, the oldest game reserve in Africa where Zulu kings such as Dingiswayo and Shaka hunted and put in place the first conservation laws, where today the “big five” of African legend stalk the verdant savannah. Hluhluwe covers the northern part of the Hluhluwe-Imfolozi Park.
Established in 1895 game viewing is the prime attraction. Viewing hides overlook pans and waterholes enabling visitors to see animals at close range.
As the home of Operation Rhino in the 1950s and 60s, the Park became world renowned for its white rhino conservation. Other areas of focus for which Hluhluwe-Imfolozi Park is famed include wilderness trails which originated in Imfolozi in the 1950s and its renowned Game Capture unit recently upgraded into the Centenary Capture Centre, a bench mark for animal capture and sustainable utilization throughout Africa.
The Park covers some 96 000 ha and contains an immense diversity of fauna and flora.
Hluhluwe is characterised by hilly topography, and this northern section of the park is noted for its wide variety of both bird and animal life.
Apart from game-viewing drives, there are two self-guided auto trails which provide information on both the management and natural history of the reserve. Guided walks are also available, particularly rewarding in the early morning and late afternoon.
There is a 40 seater boat on Hl 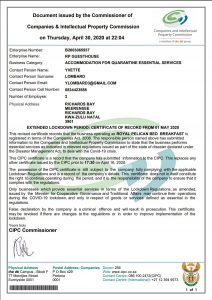